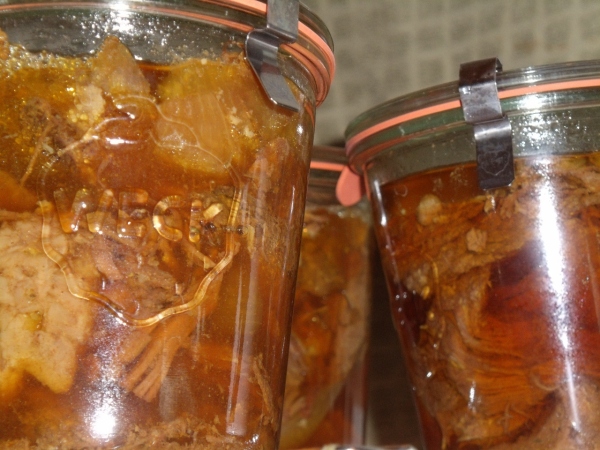 I canned for the first time two years ago.

The garden grown tomatoes and cucumbers were prolific and I wanted to preserve that fresh taste.

I bought a water bath canner, which is the standard for canning tomatoes and pickles.  It’s time consuming, and the prep was horrendous, but the results were fabulous, and left me craving more.

So I researched and analyzed and checked prices and advice columns.

Finally, I took the plunge.

I bought a quality pressure canner last year.  It’s a bit intimidating, I have to confess. 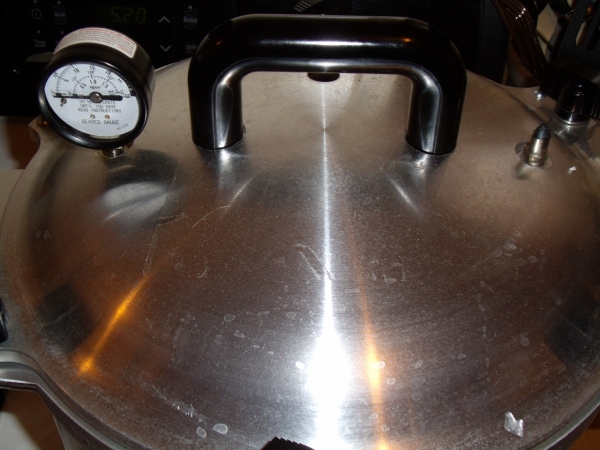 Hmmm.  I didn’t notice those water spots until the picture was uploaded.  I guess you can tell this canner has been used.  :)

I especially like that I may now can almost any food my lil’ heart desires.  I also like that I would be able to salvage most of my freezer meat in the event that the power was out for an extended period, by cooking and canning as much as I could.  Yes, I did catch the irony of that.  I need power for that, right?  Well, a small generator could help keep three crockpots running, and a gas stove could handle the canning process.  That’s my very basic plan anyway.

I decided it was time to can meat this past Sunday.

I cooked two grass-fed beef roasts in the crockpot while I did my household shopping.

They turned out quite nicely.  I used a homemade beef rub that I created by experiment (which means that while it was excellent, I’ll not be able to recreate it), and added onion chunks and a beef bullion mix.

The canner was filled with two to three inches of water and set on the stove to heat.

Meanwhile, I prepped the canning jars and cut the meat into chunks that would fit into the jars.

I packed the jars with the hot meat chunks and poured in juices and boiled water to fill each jar an inch from the top.  I carefully cleaned each jar rim, then I placed the seals and lids on the jars and clamped them down.

Each filled jar was lowered slowly into the hot water of the canner, and the lid was placed on and clamped carefully.

This canner requires that I allow steam to escape the valve for 3-5 minutes before I place the weight over the valve.  Once the time was up, I set the weight on 10 lbs pressure and then waited for the pressure to rise to ten pounds.

Once the pressure was at ten pounds, I lowered the heat just enough to keep the pressure steady and sat back and made garden layout plans while I waited the necessary 75 minutes.

When the time was up, I turned off the heat and waited for the pressure to drop to zero, then removed the weight, unlocked the lid, and carefully removed the lid.  Success!

I cautiously removed each jar, with the handy jar tongs, placing them carefully on a rack to cool. 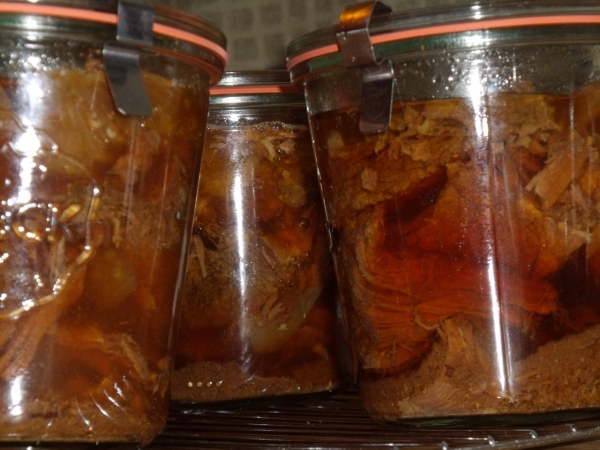 What a nice addition to my cupboard stock.

I will certainly be thankful to have these on a busy day.

The Beauty I See: You're Dreamin' Girl...

Breathe Through the Storm